A while ago I was experimenting with making labels resizable. This is a followup to that: I’ve implemented a full, proper resizable components system that can allow you to resize almost anything. Of course, this system is open to modders: if you make a mod to add a component, you can very easily make that component resizable.

Logic World will be sold on Steam and other third-party stores, but we’ll also be selling the game right here on logicworld.net. We announced this store on a previous LWW, and this week I’ve been continuing to work on it. This is how it looks like right now: 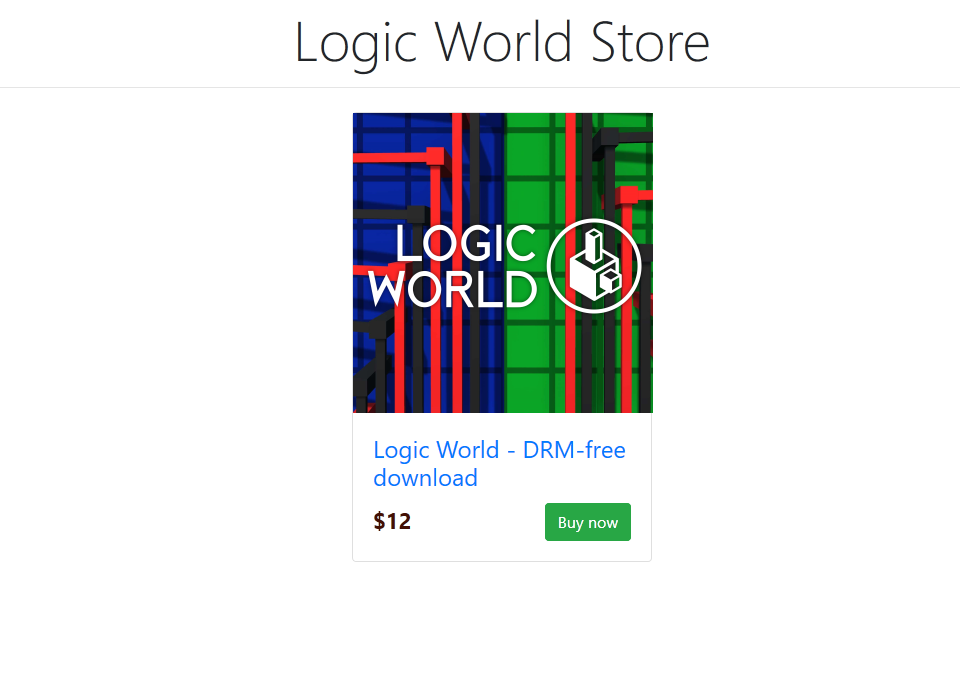 The Logic World Store is being built to sell the game itself, but in the future we may also sell physical merchandise here!

If you’ve been following us for more than a couple weeks you have probably experienced some issues with the website like the inability to post or delete comments. I try to make every deployment of the website as stable as I can but sometimes I miss something. Therefore, this week I have been adding unit and integration tests that must succeed before deploying, using the Atata framework. Unit tests are pretty boring, but integration tests involve actually performing actions on a browser which makes for a pretty cool show:

(Side note: only the first part of the video is sped up, the actions are performed at that speed!)

Integration tests will automatically do all the common actions a user can do (right now only registering and logging in, but the goal is to add actions like commenting, posting, editing comments, etc).

If you’d like to receive an email each time we post one of these blogs, you can sign up for our newsletter. Be sure also to wishlist Logic World on Steam and join the official Discord.

See you next Wednesday!